VR headsets make for some of the best gaming experiences you can have from the comfort of your own home. There are many different types of VR headsets each with unique characteristics, strengths, and drawbacks. That's why we've put together this list of 10 VR headsets that will detail the VR experiences and features. Here, you can compare VR headsets side-by-side so that you can make the best-informed decision on your first — or next — VR headset.
Show more

Find out how we pick the best products for you 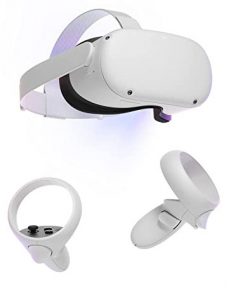 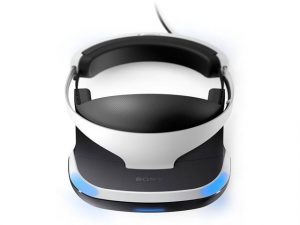 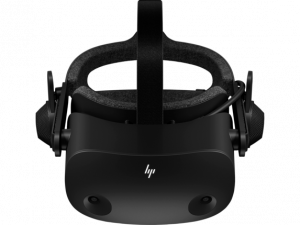 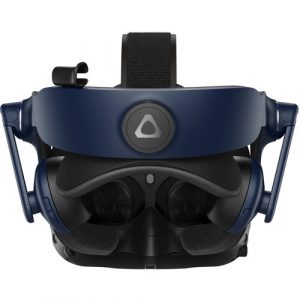 All the details for our Product picks


Jump to your favorite product

With the Oculus Quest 2, you have a super simple setup process with the smartphone Oculus app. You can then jump right in with 3D audio and 360 movements with 6 degrees of function and even use glasses and headphones with the headset. Users agree it's affordable, comfortable, and has great performance, visuals, and standalone games, although there aren't many PC games. With your Oculus Quest 2 purchase, you'll receive two AA batteries, two interactive touch controllers, a charging cable, and a power adapter.

The Oculus Quest 2 is compatible with Windows PC. Although it’s a standalone headset that allows you to play games using a Wi-Fi connection and the Oculus smartphone app, you can link it to a Windows PC using a 10-foot-long USB cable.

The Oculus Quest 2 has an LCD display. The LCD display is a common modern technology that is energy-efficient, long-lasting, has no screen burn-in, and allows for small and low-profile sizes for devices.

Fans of Sony PlayStation will greatly enjoy the features of this VR headset. Users enjoy its easy plug-and-play setup, a wide variety of games, and not having to use the TV for solo games. One caveat: The camera required for setup is sold separately. You'll receive a VR headset connection cable, HDMI cable, USB cable, Stereo headphones, AC power cord, AC adapter, and a VR demo disc with your Sony PlayStation VR purchase.

The Sony PlayStation VR is compatible with the DualShock 4 wireless controller as well as the PlayStation Move motion controller. It is also compatible for use with a TV. However, it is not necessary to use the TV for solo gaming sessions.

The Sony PlayStation VR headset has several games ready to play right out of the box and a plug-and-play setup using the headset and separate PlayStation camera. Star Wars Battlefront, PlayStation VR Worlds, Golem, RIGS Mechanized Combat League, Harmonix Music VR, and Until Dawn: Rush of Blood are some examples of the many games you can play with this headset.

The Sony PlayStation VR has an OLED display. OLED stands for “organic light-emitting diode,” which contains a carbon film between the glass screen and the panel. While it uses the same technology as an LED display, it has better picture quality and higher color contrast.

People who are interested in VR gaming will enjoy the all-in-one package and stunning features of the HP Reverb. It has fully immersive spatial audio and high-quality resolution with lenses and speakers from Valve for a hyper-realistic experience, plus a comfortable headset that adjusts to you. Users enjoy the great clarity but need to turn their heads to keep the image crisp since it gets fuzzy or out-of-focus if they look to the side. You'll receive a 6M headset cable for desktop and mobile PCs, 2 motion controllers, one DisplayPort to mini-DisplayPort adapter, and one power adapter with your HP Reverb purchase.

With the HP Reverb, you can play any high-definition Windows PC game that has native VR support. The game must support 4K resolution. Minimum requirements for 60 frames per second are 64-bit OS and the recommended Windows 10 1920 x 1080 screen resolution. Windows 10 Pro for gaming should have a graphics card such as the GeForce GT 230/Radeon HD 4650 and a CPU with AMD Athlon 64 3200+ or Intel Pentium Dual Core E2180 2.0GHz processor. In other words, a PC that is no more than 13 years old.

The HP Reverb has an LCD display, which stands for liquid crystal display. It is more compact and is more energy-efficient than the traditional cathode ray tube (CRT), while also boasting better images and color depth.

If you want to seriously invest in a VR headset that's a step above the rest, check out the HTC Vive Pro 2. It has incredibly sharp 5k resolution and image texture, color contrast, seamless visuals, precise tracking, and an adjustable headset. It allows you to create large multi-user spaces, track from seated to standing position, and stay compatible with your current setup and in the future. Users report that it has stunning graphics and fits a wide range of people, while a few said it needs more bass. You'll receive a headset all-in-one cable, power adapter, mini-DisplayPort to mini-DisplayPort adapter, DisplayPort cable, and a USB cable with your HTV Vive Pro 2 purchase.

With the HTC Vive Pro 2, you can play Steam games because it is cross-compatible. You can also play any high-resolution Windows PC games. To run it at full resolution, you need NVIDIA GeForce RTX 20 series (Turing), AMD Radeon 5000 (Navi) series or better, as well as support for Display Stream Compression (DSC).

The HTC Vive Pro 2 has a dual RGB low persistence LCD display. The minimum resolution for such a display is 1440 x 1600, which is considered sharp and pristine. For this headset, the resolution is 2448 × 2448 pixels per eye or 4896 x 2448 pixels combined, and it is subject to processing compatibility.

List of all Best VR Headsets in 2022 for your needs

What is a VR headset?

Virtual reality is digital content experienced by a user in a fully immersive 3D space. It used to be limited as a subject to only science-fiction movies and books until the first VR headset, the Sensorama, was invented in 1957. A VR headset is a head-mounted device with rounded edges featuring very large goggles. They are used for virtual reality gaming and applications in which the user has a first-person point-of-view and immersive experience combined with body-sensitive movement. Although it is commonly used for video games, it can also be used for many other purposes.

All VR headsets feature a stereoscopic head-mounted display to provide separate images for each eye. They also include stereo sound and head-motion tracking sensors. The tracking sensors may include gyroscopes, accelerometers, magnetometers, eye-tracking sensors, or structured light systems to provide greater tracking accuracy. Some also come with controllers; PC VR headsets are controlled by a computer keyboard and mouse, while video-game system VR headsets work with the video game system controller and camera. Within the headset is head-tracking technology for the lenses, which allows a change in vision as the user turns their head, although excessively fast movement may cause latency.

The main consumer uses of VR headsets have been for video game systems and PC gaming. Sony, Oculus Rift, PlayStation 4, and Valve are popular examples. However, there are also VR headsets for smartphones. They allow smartphones to be inserted into them while the lenses act as a stereoscope in the place of internal displays. Google, Samsung Electronics, LG Electronics, and Tencent are examples of companies that have created smartphone VR headsets.

VR headsets use LCD, LED, or OLED displays. The screen size ranges from about 3 inches to over 5 inches. Each has a specific resolution per eye, a refresh rate, and a field of vision that provides the image quality, continuous graphics, and a range of sight for the user. They have lenses, a head strap, a face mask or face cushioning, internal cameras, tracking sensors, a power cord, and a charging cable. There is a wide range of prices as well as differences in performance, how they are controlled, and the features they have.

Today, advancements in VR headsets have allowed for technology such as augmented reality, which is combined with virtual reality in some headsets. Augmented reality is a real-world experience in which objects are augmented or enhanced by computer-generated perceptual information. It may or may not affect multiple sensory modalities. Open-source virtual reality is another modern development. It is a software project that allows all games developed by Razer and Sensics to be used with the headsets and game controllers from all vendors.

Other than gaming, some applications for usage of VR headsets include:

How much does a VR headset cost?

Second to PC (tethered) VR headsets, standalone headsets are all-in-one head-mounted devices (HMDs) that don’t need anything from the user except for battery charging and possibly creating an account. Because they have built-in processors, batteries, sensors, displays, and storage memory, they are wireless which allows users the freedom of using them in different spaces. On the other hand, they are less powerful than PC (tethered) headsets because of their lower refresh rates and lower-quality graphics. However, advancements in VR focus on standalone headsets because they’re more dynamic and affordable. They are good for casual gaming, social VR, and watching movies.

PC or tethered VR headsets have the most high-end features. The connection by USB or HDMI allows for a better immersive experience with higher-quality graphics, better tracking accuracy, and access to high-quality VR content, such as PC VR games. Drawbacks include requirements of a certain amount of setup space on your computer, a constant connection to a powerful gaming PC, limited freedom of movement with room space, and hidden costs of accessories such as controllers and cameras. PC VR headsets are used for gaming, art, tourism, education, and professionals. Today, there is a lot of focus on creating wireless PC VR headsets.

Smartphone or mobile VR headsets only require the user to slide their smartphones into them. The most powerful smartphones for the VR experience are recently released ones, while the resolution and the type of screen vary depending on the individual smartphone. Some are handheld, which means they are made of low-cost materials, with Google Cardboard being one example. Handheld smartphone VR headsets require users to hold them up to their faces and so provide limited experiences because there’s no head strap. They are good for basic VR experiences with casual gaming, social VR, and watching movies. While affordable, they quickly drain smartphone batteries.

As you shop through different VR headsets, you will find an important aspect of the product is the type of display it uses. Here is a rundown of the three main types of displays you will come across:

VR vs. AR and Mixed Reality

Virtual reality is completely virtual and VR users are controlled by the system. Augmented reality, on the other hand, functions in a real-world setting, and users control their presence in the real world. While VR enhances only a virtual reality, AR enhances both the virtual and real world. VR always requires a headset device. AR can also use smartphones and tablets with smart glasses, such as Google Glass. Microsoft HoloLens is an AR headset that blends real-world and virtual environments. While both VR and AR can be used for training and the training for either is expensive, VR is better for complex content and soft skills. Mixed Reality is a term used to refer to headsets that can handle both VR and AR.

There are several VR headset features to consider:

What’s the best VR headset for me?

Here are some questions to ask yourself before settling on a VR headset to buy: 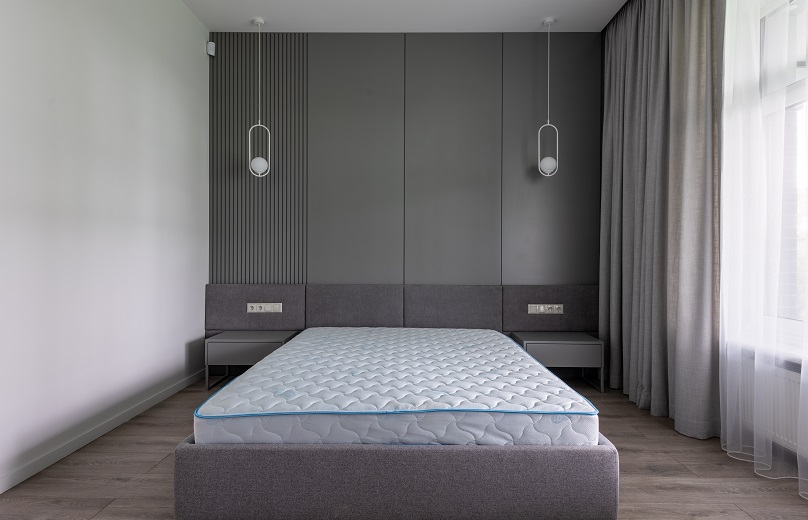 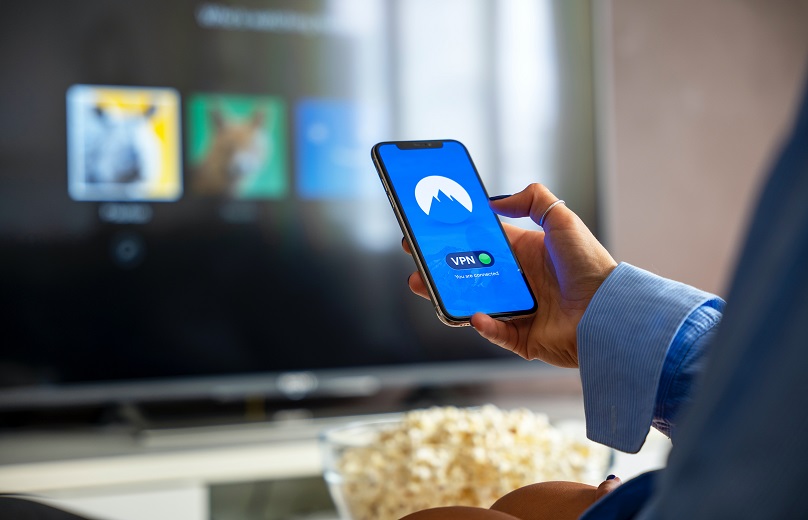 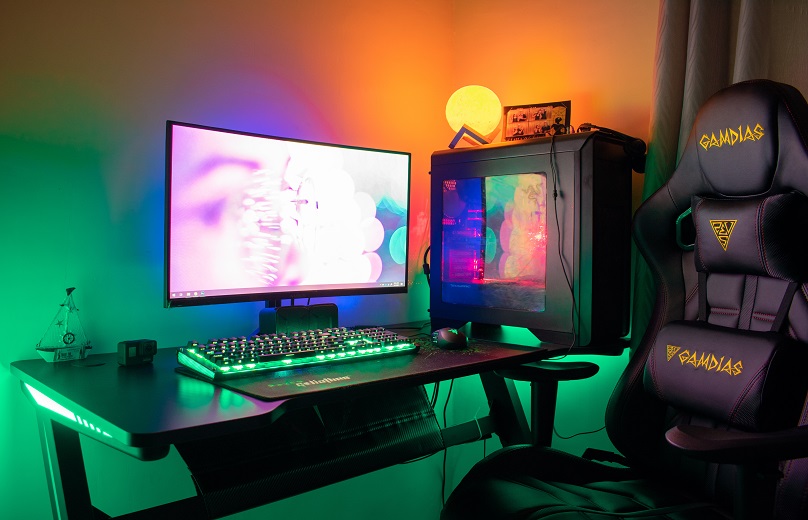 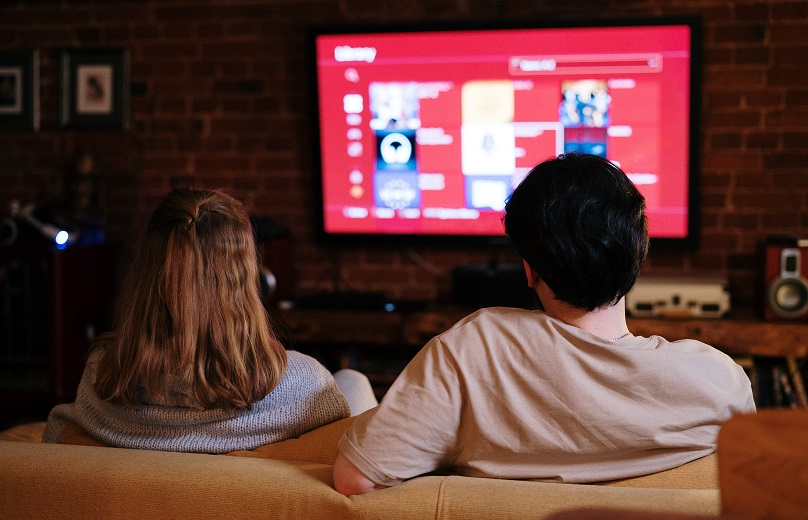